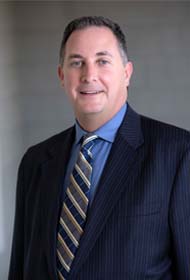 Known by colleagues and friends as J.P., Joseph P. Lattimore is a graduate of Suffolk University Law School in Boston, Massachusetts. In 2003, J.P. was admitted to the bar in Massachusetts, and became an associate with the Law Office of Randy Gioia. In that capacity, J.P. assisted in all aspects of the representation of criminal defendants in the District and Superior Courts in Massachusetts and the United States District Court in Boston.

Building on the above experience, J.P. opened his own Boston-based practice in 2005. He zealously represented individuals in criminal matters in the trial courts in Massachusetts, resulting in victories in dozens of jury trials. J.P. also expanded his practice to assist criminal defendants on appeal.

In 2014, J.P. became licensed to practice law in North Carolina. Shortly thereafter, he opened an office in Charlotte dedicated to the pursuit of justice in the Queen city and other areas of the state. Through his affiliation with Rudolf-Widenhouse, J.P. has assisted those adversely affected by the abuse of power in several Federal civil rights matters. In recent years, J.P.’s practice has had a renewed focus on helping criminal defendants after their conviction at trial. His appellate and post-conviction work has led to the reversal of convictions in several cases, as well a recent change in North Carolina law giving defendants more control over decisions concerning how to defend their cases.